Hopefully, by the time I’m finished writing this, the inspiration for this post about things that get stuck in your head will have melted away and left me in peace. However, if it hasn’t, I’m sure that the visiting hours at whatever wonderful facility I end up in will be more than convenient for everyone to come and see me drool all over my new straitjacket.

Fair warning: Some of the images below might be disturbing/NSFW

For the last couple of weeks, I’ve been waking up in an auditory hell. A certain song by a certain artist has been banging around in my head every time I gain consciousness. I won’t say who it is or what song, just that their first name sounds like Hell’s Jailer, and their last name sounds like Interdimensional Rift. Suffice it to say, it makes me want to do to my ears what Sam Neill did to his eyes in Event Horizon. 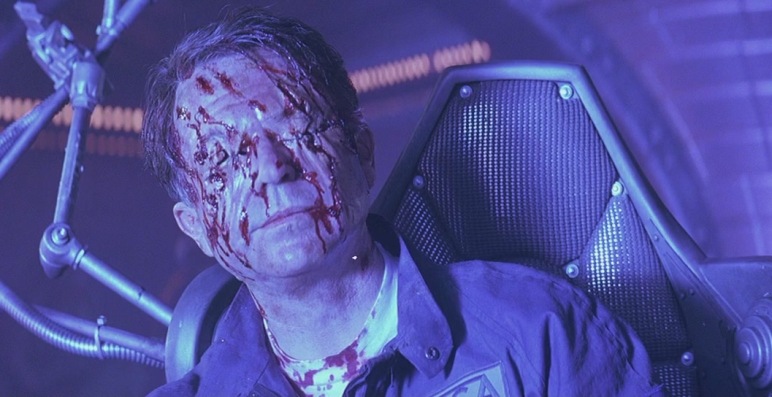 “Nice to meet you, where you been? I could show you incredible things…” (Event Horizon/Paramount)

The only fear with that is, the song might be the last bit of real audio I get, and then I really would be in Hades. So thinking of these lovely things, I thought I’d list some other things that get worryingly trapped on a loop in the old brainbox. If possible, I’ll also try to give a pointer or two on exorcising those thought demons and getting yourself out of the loop. Maybe if you have some similar thoughts stuck in your head, or ones that I haven’t mentioned, you can share them in the comments, or on Facebook, or Twitter, or wherever you share things. 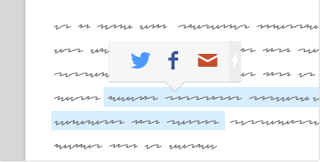 Some songs are like diseases - Catchy and harmful Photo credit - Chaval Brasil https://goo.gl/sZecUl

There is a thing that musicians and music lovers are aware of called “the hook.” That’s that part of the song which grabs your attention, while simultaneously tickling the part of your brain that remembers. Whenever you find yourself humming along or tapping to a particular song (or part of it), that’s the hook. It’s an apt word, as it can be quite intrusive, yanking your mind out of the state it was before the song and pulling it into the harsh environment of catchy pop.

I’m sure that these hooks came about organically back in the day, or maybe it was a staple of songwriters to actually incorporate good hooks into their songs. Now, however, you would be naive to assume that the psychology behind the hook has not been studied at length by scientists in the employ of record companies, and then used to capture the minds and hearts of listeners.

So when you want to shove knitting needles in your ears just to get a minute’s peace and try to sleep, you know who to blame.

Well, apart from the visualization techniques that some people advise, one trick that apparently does the job is to – and I was skeptical at first too – listen or play the song in your head right up to the end. Most of the time, it’s only the catchiest (and most annoying) part of the song gets lodged in there. These ‘earworms’ or ‘brainworms’ get stuck on a loop because your brain can’t resolve the piece of music that is there because you’re just focusing on the hook. Letting the loop close itself with the end of the song is allegedly the best way to rid yourself of the aural trauma that the bit is inflicting on you. However, that does mean either imagining or actually sitting through the rest of the song. Which can be awful in its own right…

Thoughts and images may be disturbing

Like the above-referenced movie – cult horror classic Event Horizon – sometimes we see things that we can’t unsee. Whether that’s an image, a movie, or even reading a piece of text that conjures up the horrific imagery in your head, or something that you witnessed in real life, sometimes it’s hard to flush it out of your brain and move on. There are some instances where people can even become ill from obsessing over it, both physically and mentally. Just ask any survivors of abuse or war suffering from PTSD.

A flip side of that coin is the loop of thoughts that originate in your own head, without any prompting or inciting incident. Disturbing thoughts that can shock you in their violence and their depravity, making you worry about your own sanity and possible dangers that you pose to the public. Ideas about murdering your family, for example, or killing the household pet. Wondering what it would be like to just push the person ahead of you onto the tracks, or swerve into oncoming traffic. Sometimes exhausted parents of a newborn might consider just letting the child sink into the water when taking a bath, just to get some rest. Pretty fucked up, right? How could you ever hope to function in society with stuff like that banging around your head? Should you just turn yourself into the police now?

Don’t worry. These are known as intrusive thoughts and are way more common than you think. In fact, according to that website, 4 out of 5 people experience intrusive thoughts at one time or another, including thoughts of self-harm or harming others. Maybe it has something to do with the prevalence of violence in almost every type of media we consume, or maybe it’s something more innate. However, just like the pink elephant that you’re not supposed to think about, the harder you try to dismiss these thoughts, the more they get stuck in your head.

This might seem counter-intuitive, but the best advice is to just let the thoughts happen. You’re a rational person, right? You know that you’re not going to act on these thoughts and impulses, so the trick is not to assign any value or meaning to them. Just let them flow, recognize that they’re weird and leave it at that. You should also try simple meditation – deep breathing with a focus on inhalation and exhalation. When the thoughts occur, just let them pass. Don’t be horrified or afraid of them; they’re just in your head! With time, they’ll eventually lose their potency and just drift away.

Disclaimer: If you are one of the roughly 1 in 50 people who might be predisposed towards OCD and obsessive thought loops involving anxiety/suicide/depression, consider seeking out professional help and get yourself educated.

Self-doubt as bad as mine? I doubt it...

In my opinion, I think this one is the most widely experienced across the board. Self-doubt plagues almost everyone in some form or another. It’s especially present in the minds of artists and creative types. The trope of the tortured writer or painter is common – someone who will produce mounds of work only to destroy it before anybody gets to see it, complaining of its worthlessness. It can also befall those people you wouldn’t immediately imagine to be lacking in self-confidence, such as elite athletes or people who have built their career and their lives around their physical appearance. Sense of self-worth can be tied up with how others perceive us – or even more potentially harmful, how we imagine others perceive us – and how we compare to our peers and more successful people in our chosen fields. We can become frozen and unable to move forward, which only feeds the feeling, creating a feedback loop of self-doubt and shitty feelings. 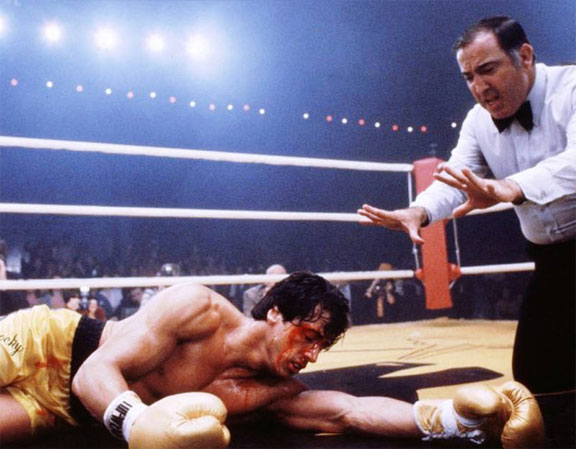 “Yo Adrian, I wasn’t able to do it…” (Rocky/United Artists)

This one is all about taking back control of your head and the thought processes associated with your feelings of self-doubt. Take all those worries about what other people might think about your abilities and the unflattering comparisons then toss those fuckers away. Start to put some trust in yourself and your direction in life. If you’re honestly making the effort to do what you do and do it as well as you can, that’s plenty to be proud of. Don’t be afraid to fuck up, because that’s how you learn and improve. Any time you get on a self-doubt thought loop, push back with something that you’re good at, or some previous accomplishment. Break the cycle of emotional self-immolation and your brain will start to respond in a positive manner, allowing you to enjoy the successes that you achieve, as well as dealing with the setbacks.

Only then are you allowed to reach for the whiskey, because take it from me: nobody wants to be around the self-hating drunk, they want the confident one who’s not afraid to drop trou when it’s needed. 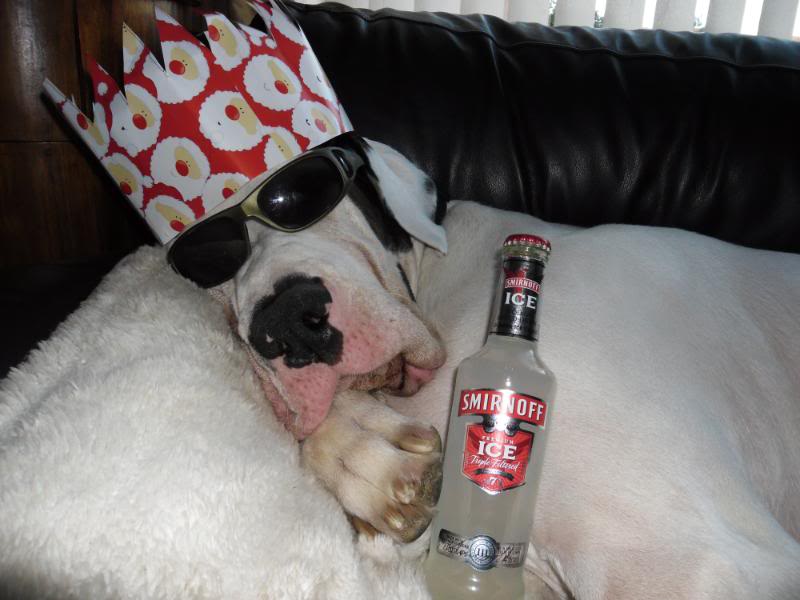 Only then do you deserve the crown