So the latest news is that the Khaleesi (Emilia Clarke) is going to play Sarah Connor in the new Terminator movie, T5 or Terminator: Genisys.

I had a wee think about it, and I noticed some interesting overlaps between the worlds of Terminator and Game of Thrones. Warning, if you haven’t seen either Terminator or Game of Thrones, SPOILERS all over the place.

Our three Mommys (Sarah, Daenerys Targaryen and Cersei) have massive burdens. Each of their children (or principal child, because really who gives a fuck about the other Lannister kids) are connected directly to the fate of their respective worlds. John Connor is the future leader of the resistance against the machines, DJ Jazzy Joffrey Lannister becomes king of Westeros, and Danearys’ children are dragons, which have been thought to be extinct and have toppled kingdoms before. I imagine that’s a lot for a mother to take on. Bet you thought you had it hard losing a few hours sleep.

Another weird connection between them is that they were all born under strange circumstances. Sarah is impregnated by a guy who has been sent back in time by his own son. Daenerys’ dragons are born from old eggs that hatch after a sacrifice by fire, and Cersei’s blond brood are conceived in weird twin sex with brother Jaime Lannister. He is pretty handsome though, I’d probably throw him the width if I was his twin sister. It’s not like there is a huge chance the kids would be born deformed or anything. 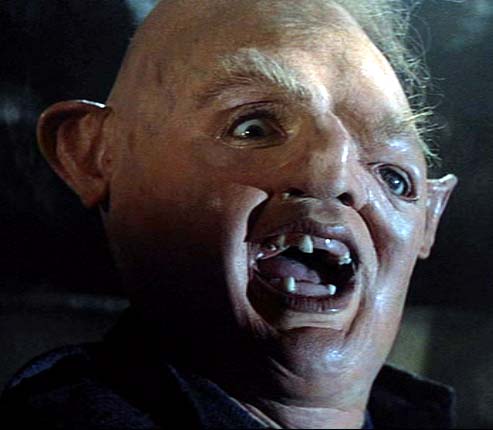 In the Terminator series, we have walking talking robots called Terminators, whose function is to murder people. Sometimes they can be programmed to protect certain individuals. They look like humans (most of the time) and have massive strength and durability. They also seem to have problems acting in normal society.

Remind you of anyone? The Mountain and Cersei

You’re full of it

A problem Sarah Connor often encounters on her mission to protect her son and avoid the end of the world is one of belief. No one believes that Judgement Day is imminent, that robots are poised to take over the world, and she is dismissed or detained as a crazy person for talking about it. The only way anyone ever believes her is when whichever robot happens to be with her at the time (Arnie or Summer) shows a bit of skin, so to speak. 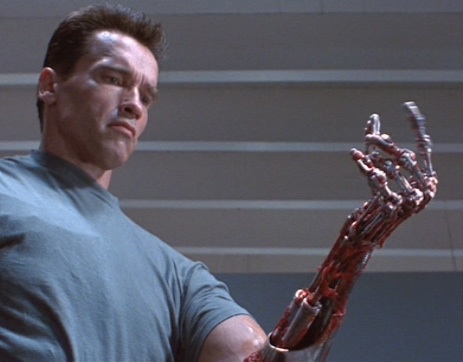 He's trying to give the middle finger...

In Game of Thrones, we get some similar skepticism. No one believed that dragons existed anymore, until they started following an army raised up by a fine-looking blonde lady who isn’t actually blonde.

White Walkers also hold the status of myth in the Game of Thrones universe. Massive, almost unkillable things that can wipe out humanity and may have tried in the past. Sound familiar?

Basically, nobody trusts anybody in these things, and they are spot on. People who trust in these situations have a tendency to die, and usually in an unpleasant manner. GoT is riddled with back channel arrangements and secret goings on, murder and political plots all over the shop, and Terminator always raised the question of what’s really underneath the surface, friend or foe. It’s rare that you can rely on anyone in these worlds, come to think of it… 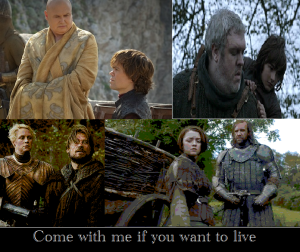 Images from HBO – Why can’t they look each other in the eye?

Obviously this is how I saw the two connecting, you might have a different take on it. Please, let me know in the comments, and be sure to share if you liked the post. If you didn’t, let me know as well, and I can send this guy round to apologise.

I'm Tallinn You, Estonia For A Little While