Look at you all there! How you’ve grown since the last time I saw you! The last time I was talking to you, it was 2015. Crazy stuff, am I right? Next thing you know, it will be 2020 and we’ll still be bitching about jobs and oil and how you can dress your kid, but who cares? The way things are going, we’ll all have beach front properties by then.

But enough about that gloomy stuff. At least, I’ll try and tone it down a little, because I’m a bit excited. I just cranked out the start of my new book, which will be the second one I ever wrote. Mental stuff. 18 months ago, I wouldn’t have thought that one was possible, never mind getting the ball rolling on a second one. That’s how it goes, I suppose, if you keep doing stuff.

I think the recent losses this this this week have put things in perspective. I mean, those guys didn’t wait around to do the things that they felt they had to do. They went out and did it, no matter what. Worked hard, played hard, loved it and were loved for it, while creating art for all of us to enjoy in their absence. So if there’s a lesson to be learned from losing an idol or a hero, it’s that they pushed forward to be that person. We were all born shitting in our pants and crying, but after a certain point, there’s no excuse for it. Especially when the washing machine isn’t working and there’s no more clean underwear. 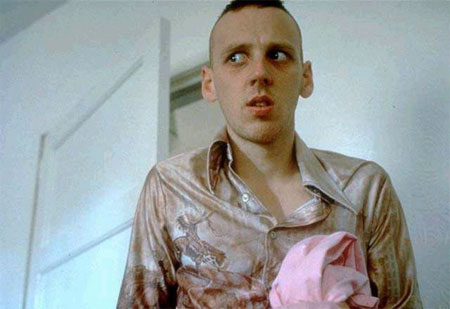 I digress. I haven’t wrote here in a bit because I’ve been busy writing elsewhere. Some of it is for ForceChange, a website that writes petitions to reach thousands of people and affect real change in the world, which is awesome. Some of it is prep for the new book(s), and doing final rewrites with my editor for the first one. The rest is working on the thirty million odd short stories that I keep starting and not finishing, like the one here. (PS If all goes well, that one will join a handful of others for yet another free ebook I’ll be giving away to people who sign up for the email list)

Learning about launching a book is hard, a damned bit harder than writing it, I’ve discovered. I have literally over a hundred books and courses and videos that are instructing me how to do it, and the more I learn the more I despair at the amount of things that have to be done to successfully self-publish. What do I mean by successfully? I mean reaching readers and getting them to read the book. I’m not deluded, I know the statistical probability of me becoming a bestseller overnight or getting a nice cozy million in my first few years is about the same as getting to bare knuckle box with Robert Downey Jr. after a feed of tequila. I mean, the man doesn’t even drink anymore. But that’s not what I want (well, I wouldn’t say no). I want to sell the type of book that I would buy, read, enjoy and read again, and would entice me to go on to read more by the same author. If I manage to make a living from that, fantastic. If I supplement my income with a decent amount, that’s fine too. Either of those will mean that the product is good.

Because in the end, all artistic integrity aside, that’s what the book is. I might love the story, and the message, and the creativity involved, but if I want to sell it, I have to have the right mentality. One leg in the artistic side of the trousers, and one in the business side. That’s what I’ve been learning over the last year and a bit, and it’s disheartening at first. Especially when I’ve been waiting to launch it for ages. The first thing I wanted to do was lash out the second or even third draft when it was done months ago, but common sense won out and I waited for the editor’s feedback and suggestions. Now, I’ve got a stronger story, that’s getting stronger with every few chapters edited, and I’m way happier than I would have been if I had let an inferior product off the shelves. Like any sales, it would have tarnished my image, and been personally annoying as well, to know that I could have done better if I had waited. Much like sex with a friend of a friend, you better make it good, or else you’ll always be tarred with that brush, or whatever you’re into.

So, because I’m feeling so enlightened and motivated and all that other 21st century twaddle that people who sell things are supposed to be like, I’m showing a little bit of the artwork from the cover of The Blue Ridge Project. While that’s tickling your eye’s taste buds, you can head over to the ShortFictionBreak website and read my short story, Birdsong.

Also, make sure to sign up (click that link or scroll down to the bottom of the page) and be the first to know about upcoming stuff for the book, sneak peeks at more artwork, and the extra goodies that I have planned. As of now, you get Junk Mail Poetry Volume One, a fun little collection of robot poetry, and later you’ll be getting the aforementioned short story collection. SPOILER: unlike that massage you got that one time that you swear you didn’t get, most of the stories will probably not have happy endings.